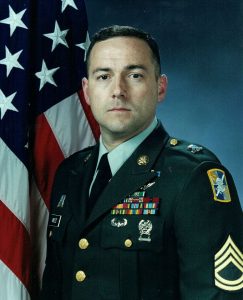 AR-15 GUN OWNERS OF AMERICA (AR15GOA) believe in the Right to Bear Arms for all legal citizens of the United States of America. We also believe that right “Shall not be Infringed” by our government or elected officials.

AR15GOA is a national organization made up of gun owners, veterans, oath keepers, patriots and ordinary citizens that believe in America’s freedom and the right to bear arms.  AR15GOA’s  corporate headquarters is located in Warner Robins, Georgia.

AR15GOA was founded in January 2013.  We are a community of AR-15 gun owners and enthusiasts.  Our online retail organization (AR15GOA.COM) sells AR-15’s parts and accessories.  We are a 07-FFL Federal Firearms Licensed Dealer.  Over the past 6 years, as our corporation grew, so has our membership and our social media followers.  Our community now currently represents over 581,000+ members nationwide.  Our social media websites are very active and  facilitate the exchange of ideas and dialog between its members about the AR-15 rifle and variants. Our social media sites also provide a direct dialog with its members, voters, and liberty activists to discuss state and federal positions on firearms issues.. AR stands for “Armalite”. (the original manufacturer of the rifle)  The AR-15 rifle is NOT an assault rifle.  It is also, NOT a military weapon of war.  The AR-15 rifle is “America’s Rifle”. The AR-15 rifle is used safely and responsibly by millions of Americans every day.  As a nationwide community of AR-15 enthusists, our goal is to educate the America public about the AR-15 rifle and continue to hold politicians accountable for their actions related to gun ownership in the United States.

AR15GOA is a veteran owned business.  Our primary mission as a community is to support and defend the Second Amendment and ensure that all legal citizens of the United States have the ability to defend themselves, their family, and their property.  We appreciate your business and your support. 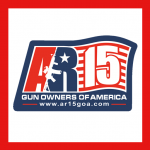